Well for most grades the winter tennis season has drawn to a close ……. Well almost!

Girls Grade 2 and Mixed Grade 20 are both 6 team grades so have their final match of the regular season this weekend with their finals starting on 21st August.

Finals umpiring should be no surprise to anyone. As everybody knows, unless your child’s team make the grand final, their grade will be rostered on to umpire during the finals. You will only be asked to umpire once during the finals so please make yourself available when asked. Please avoid making excuses as all that happens is that it gets left to too few which is not fair nor in keeping with the expectations of the Hamlyn Park Tennis Club. The team members should be encouraged to come along and act as linesmen.

The rostered umpiring this week is:

I can’t be entirely certain but it’s likely that both Grade 3 boys and Grade 20 mixed will be rostered on for umpiring next weekend – the 21st of August.

Whilst winter comp is not yet finished, we need to submit the teams for the summer comp in only a couple of weeks. If your child intends playing the summer competition and you haven’t already added their name to the list on the notice board, can you please respond by return email. Even if they’re not going to play I’d appreciate an email as it will save the new junior committee from having to chase you up by phone call. There’s a break of about a month before the summer comp starts about the beginning of October. 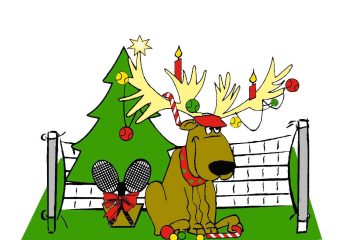 To all social and competition members, we are holding our annual break up on the 8th December 2018 at the tennis club with a start time of 6:30pm.  Entry for the night is $5.00 per Read more…

Please click here for all the latest news in and around the tennis club! Importantly, all the details regarding the annual Hamlyn Park Christmas party are included!  We look forward to a great attendance and Read more…

Good Sports is a nationwide program that supports sporting clubs to become safer, healthier and more family friendly through the responsible management of alcohol. In Victoria there are close to 1,700 clubs in the program, Read more…